Nowadays, the resources associated with virtual reality are really scattered. The situation is as follows:

This situation does not favor the spreading of this technology, which will fail to consolidate and be implemented in most households as a new digital entertainment center until:

The aim is to create a single centralized virtual reality content consumption platform, that offers:

To the final user:

To the device manufacturer:

To the rest of the market, a stranger to technology and virtual reality:

In conclusion, this is to follow the successful path taken by other well-known content consumption platforms, such as:

But in our case, linked exclusively to devices, content and experiences consumed through virtual reality.

The mode of use is very simple. The user connects his virtual reality devices, system startup and optionally authenticated. At this point the system presents, through a three-dimensional user interface or main menu all the possibilities of the universe of services, applications and experiences available.

User interface and entrance to the system: The Gate.

Today, all of the user interfaces available for different operating systems and platforms are essentially two-dimensional. This is because they are viewed through a monitor or flat screen. In virtual reality systems, and due to the predominant use of glasses for viewing in three dimensions, the concept changes dramatically. On the one hand, this interface must necessarily be three dimensional and on the other hand it has to be easily handled by the different tracking devices available. Therefore, it is considered a very important part of the success of the project the analysis and design of an effective three-dimensional user interface. A priori, the interface must be:

Although there are no consolidated precedents of this kind of user interfaces, there are numerous imaginative designs from science fiction films and numerous experimental designs that could serve as inspiration for the first sketches. 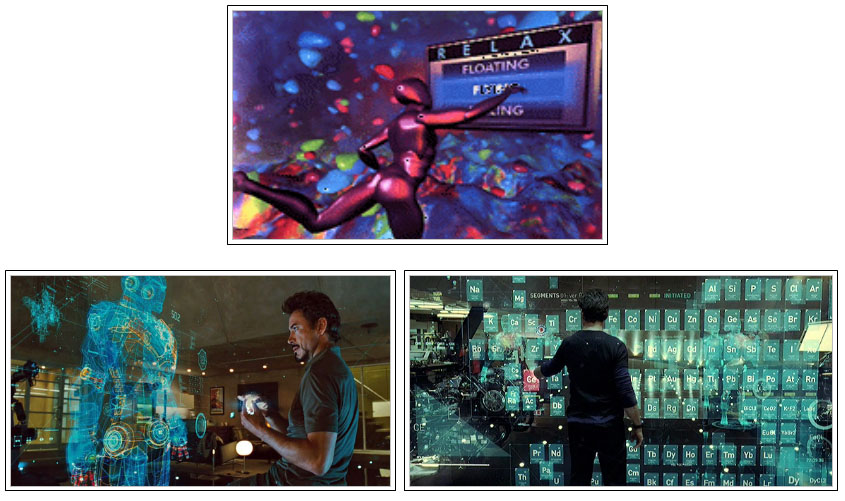 Different designs of user interfaces in 3 dimensions, used in various films. From top to bottom: ‘The Lawnmower Man’ and ‘Iron man 2′. 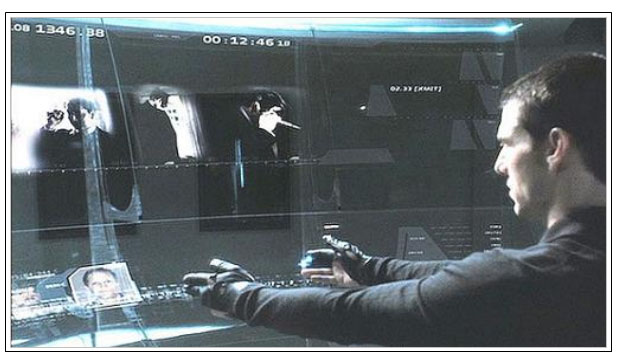 Image from the film ‘Minority Report’. Although the visual system is not very spectacular, the interaction with the system is imaginative, seems effective and became really popular.

The user interface will be initially used by the main application, or entrance to the system. This application, called The Gate, is the gateway to all the possibilities the universe of services, applications and experiences available in the system. The Gate acts similarly to the desktop in a traditional operating system or as iTunes and the main screen on the iPhone or iPad devices.

Finally, the user interface must be available to the developer community for it’s use and integration into all applications designed for the platform.

To make the system fully operational, some basic applications or services that offer the user a sufficient number of experiences to be satisfied, have continuity and even want to invest to get more experiences, must be available from the start. This catalog of applications and initial services, will be gradually supplemented by third party applications.

Most of the proposed applications below offer services already available in traditional operating systems, however the possibilities offered by the inclusion of a three-dimensional interface can elevate the experience to a much higher level.

There are obvious possibilities to navigate, search, sort and display images on a three-dimensional immersive environment. In fact there have been numerous experiments on this issue on traditional systems. However, the use of these applications on a traditional monitor or display is an impediment for everyday use. Only through the use of virtual reality such applications can show all their capacities and be exploited by the user in depth, in a natural way.

On the left: sketch of a UI content viewer on virtual reality. On the right: image viewer 3D AMD Media Browser

To this the stereoscopic image display must be added. Lately, the market’s number of devices capable of performing this type of three-dimensional photographs has multiplied and virtual reality offers the most natural environment for viewing.

On the other hand, the viewer must be compatible and able to view and manage images from the most popular platforms for storage and distribution of images in the cloud, Flickr, Picasa, etc.

By linking a depth image and a traditional image a volumetric image, three-dimensional image or hologram is obtained. This technology, which has not yet been sufficiently exploited and has been like science-fiction for years, finds in virtual reality the perfect environment for exploitation, as image, video or telepresence.

Support for visualization and exploitation of such images on the viewer is proposed.

On the left frame of the sci-fi film ‘Minority Report’ which displays a holographic video. On the right, a real hologram, as of today, obtained by using a Microsoft Kinect device.

Viewing the following video to appreciate the immense possibilities offered by this new technique is recommended.

Using virtual reality goggles allows simulating the projection of videos and movies on a virtual surface of a much larger size than televisions and conventional video systems. This fact, paired with the growing popularity of films shot in three dimensions and the possibility of seeing holographic videos makes virtual reality the ideal environment for watching videos and animations.

Also, as with the viewer, the possibilities to navigate, search, sort and view videos on a three-dimensional immersive environment are enormous. 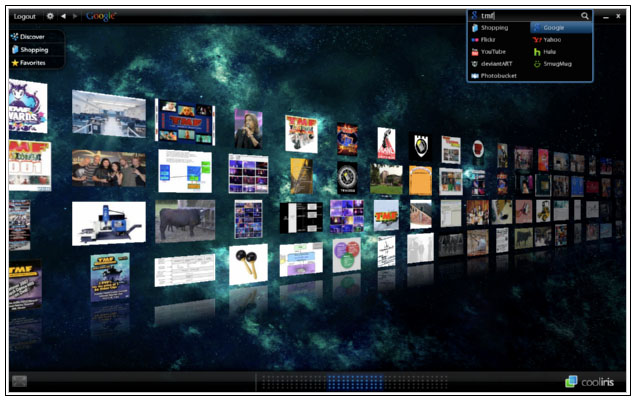 In the same way, the viewer must be compatible, and able to view and manage videos from popular platforms for storage and distribution of videos in the cloud such as YouTube, Yahoo! Video, etc.

The digital jukebox is presented as a complement to the rest of the media universe offered by the platform. Its use must be very similar to the display of images and videos when browsing, searching, sorting and viewing albums and music in general.

On the other hand, it seems very attractive to include a display that wraps the user in an immersive three-dimensional universe of relaxing psychedelic images generated by the system to the rhythm of music. 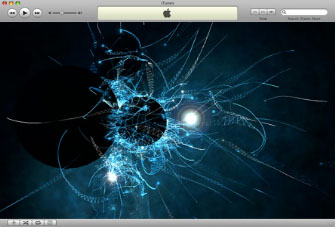 Visualizer included in iTunes. The images generated to the rhythm of the music, are beautiful yet relaxing.

Similarly, the integration of certain popular music services like Shazam, receiving internet radio stations into the application would be very useful.

Web Browser. The network has a new dimension.

A system of this kind would be quite incomplete without the inclusion of an integrated web browser in it. This web browser, based on some known free software kit, like Gecko or Web Kit, must be designed to facilitate browsing, visualization and management of multiple pages or sites using its three-dimensional user interface.

The network acquires a new dimension.

Currently, all standards on which the publication and display of websites is based have been designed to display content in two dimensions. This concept is sound and works well for viewing on traditional systems. Virtual reality opens up new and exciting ways for this matter.

To enhance and maximize the web experience on virtual reality the analysis, design and implementation of a high-level descriptive interactive three-dimensional environment is proposed.

The scheme must allow the creation of interactive websites in three dimensions easily, through HTTP protocol, the use of a specific subset of XML tags, and existing customer different languages ​​- JavaScript, Python, etc. There are in this regard some priors, like VRML, which is very outdated and obsolete, or the more recent WebGL language, which is too complex and low level for what is sought. It is through the use of virtual reality where this kind of language can be accommodated.

The possibilities are huge in all aspects – including advertising – and its use is ideal for small content delivery applications that do not require a lot of power or specific code.

Finally, to promote the use of this technology, it would be ideal to make available to developers and web site designers an application that allowed the design and construction and debugging of such three-dimensional pages visually, obviously using virtual reality for it.

There is no better environment to display maps than virtual reality. The universe has three dimensions and the maps we handle are usually no more than projections made to transform a three-dimensional reality to a flat plane.

The experience of sailing and flying through surrounding three-dimensional can be fantastic and at the same time accurate. Man has always dreamed of flying freely throughout the world and this may be the closest experience to reality. In fact, over the last few years very popular three dimensional map display systems have emerged in the market, which we all handle very naturally, and which virtual reality can lift up to the highest level. 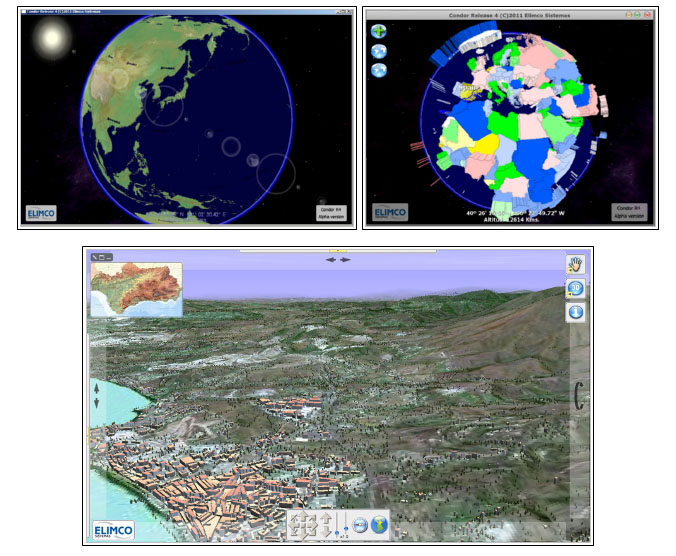 It is unclear that the use of virtual reality could improve or optimize the environments and processes. What is obvious is that it is a very important sector for the success of the platform. Therefore it is considered necessary to further analyze and design user interfaces optimized in this respect.

The system should include at least support for:

The importance and the changes introduced by the social networks in society over the past few years is clear. The possibility of sharing ideas, events, images, news or a simple line of text instantly with a limited group of people or an entire community, has opened amazing possibilities. These possibilities have to be necessarily present in the system, through agreements with large enterprises, enhancing it using immersive three-dimensional environments and expanding their possibilities.

In this regard, one of the areas where virtual reality can bring big changes is in direct communication between two or a group of people who are geographically distant. This can be done in a conventional manner by video conference, with the obvious improvement of it’s management in a three dimensional environment. However it is in the following and innovative forms of communication where virtual reality can bring dramatic changes:

Left: Virtual meeting system with avatars proposed by Microsoft, for the Xbox 360. Right: Different possibilities to customize their ‘Mii’ characters, implemented by the Nintendo Wii console. Although the system seems very simple, it usually manages to get a very reasonable physical resemblance to the user. 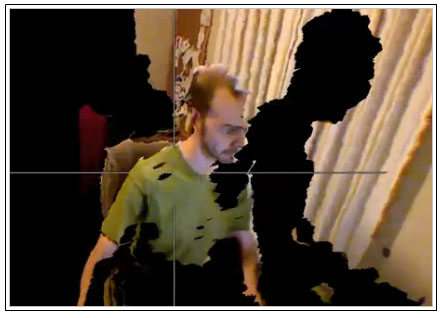 A system that implement both forms of communication, as well as implementing other more traditional such as video-conference or chat is proposed. Any user that is in the system must be able to use this communication system with extreme ease.

The Experience Store and E-commerce.

The system will offer users a centralized store of products, services, experiences and applications, much along the lines of other popular platforms. This store, called ‘The Experience Store” (TXS) – will complement the basic services offered by the system and will be the showcase for different developers and manufacturers. Obviously TXS will have a totally immersive three dimensional user interface.

The idea is not new, but is a concept that really works, because:

The platform has to provide a very solid foundation from which to distribute all kinds of applications in numerous sectors, to which virtual reality can bring a new and revolutionary view. Some of these sectors are:

It is somewhat complex and precipitated to define the architecture of the system in detail in such an early stage of the project. Only a few concepts will be listed:

For the success of the project is especially important to have a broad base of developers for the platform. This requires providing the community an attractive system, full of possibilities, and at the same time a platform where they can monetize. In this respect the SDK must offer at least:

Conclusions and next steps.

The project is very ambitious in all aspects, both in necessary resources for development, infrastructure requirements, promotion and patrner finding. However it is project for the future, proposed at the right technological time and in a few years it can make a real revolution in the way we understand computation in the XXI century.

Next: The Project Today